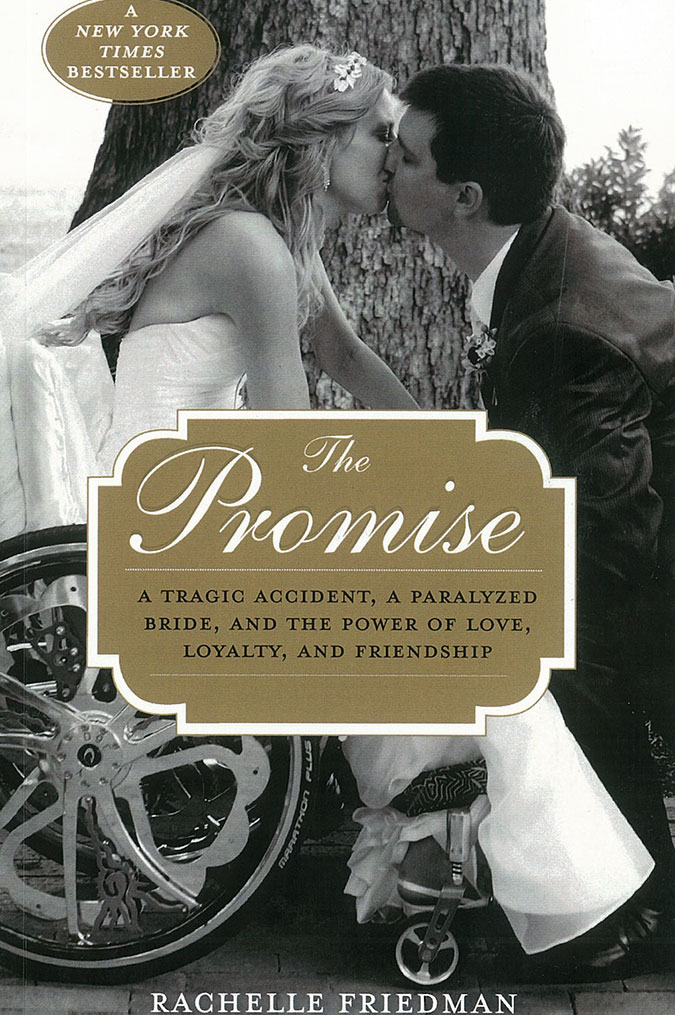 A Tragic Accident, a Paralyzed Bride, and the Power of Love, Loyalty, and Friendship
by Rachelle Friedman
Ghostwriter: Stephanie Krikorian
A New York Times Bestseller

Just weeks before her wedding, four of Rachelle Friedman’s friends threw her a bachelorette party. At the end of a perfect evening of dancing and celebration, they decided to take a moonlight swim. One of her friends playfully pushed her into the water . . . two feet too far from the deep end. That chilling moment changed their lives forever. Rachelle broke her neck and was paralyzed from the chest down. She would never walk again.

The Promise is a powerful memoir of resilience, love, and loyalty. On the night of the accident, the five girls made an unspoken agreement to never reveal the name of the friend who had pushed Rachelle into the pool—and their bond has remained unbroken. As Rachelle undergoes a physical battle for her life, her friend struggles emotionally to prevent one moment in time from defining her forever. It’s the story of true integrity; it’s also about finding the incredible strength inside each of us we never knew we had.

“Stephanie was such a great writer to work with and I couldn’t be more pleased with the outcome of my first book! She was extremely easy to talk to and she helped me organize my thoughts and memories in a way that I never could have done on my own. The compliments have been pouring in from people who have read my book about how well written and thought provoking the content is. I highly recommend her for your next project.”—Rachelle Friedman

Four Years Later, Paralyzed Bride Determined to Have a Baby
Inside Edition

Paralyzed as a bride, woman sets her sights on becoming a mom
Today