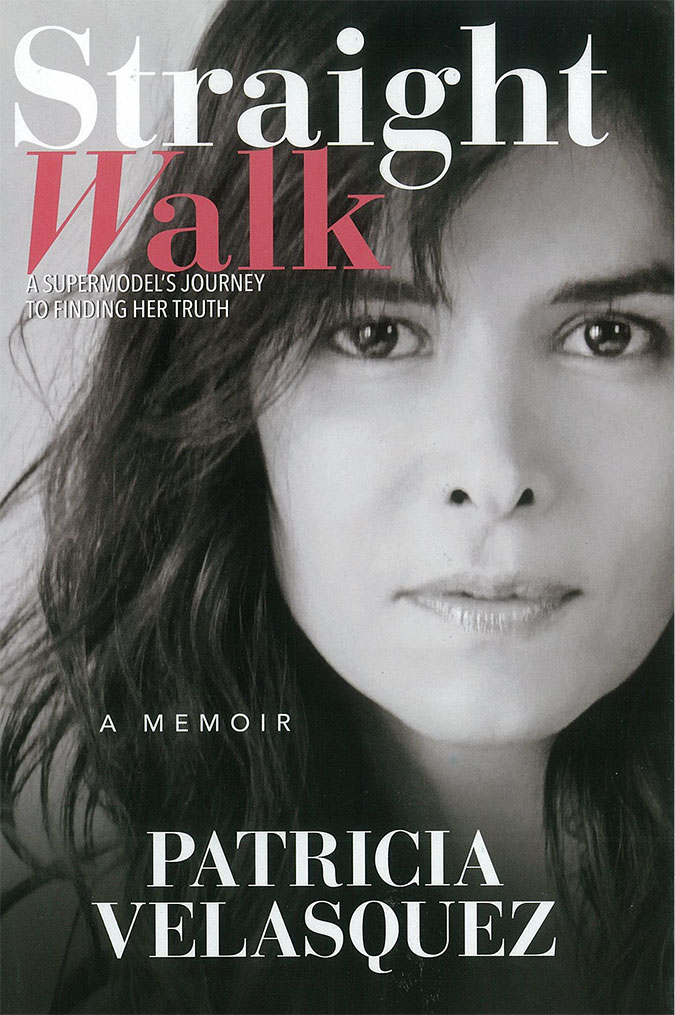 A Supermodel’s Journey to Finding Her Truth
by Patricia Velasquez
Collaborator: Stephanie Krikorian

Patricia is so spiritual and insightful, as I collaborated on her book I was extremely moved every time we spoke. She’s one of the most authentic and genuine people I’ve ever met. I feel like a better person for having spent time with her.

This is the riveting story of actress and supermodel Patricia Velasquez and her rise from a poor neighborhood in Venezuela to the world’s fashion runways and the Hollywood big screen. Patricia Velasquez worked tirelessly to help lift her family out of poverty, but she spent years living a lie. In this intimate and empowering memoir, she finally reveals the naked truth about her life.

Patricia Velasquez, known as the “world’s first Latina supermodel,” has walked runways for Chanel, Gucci, and Carolina Herrera, and has appeared on countless magazine covers. She posed for Sports Illustrated Swimsuit Edition and Victoria’s Secret several times. Velasquez is also an internationally recognized actress and activist. She’s appeared on the big screen in the box-office successes The Mummy and The Mummy Returns and starred in and produced many independent films including Liz in September. Her television credits are Ugly Betty, CSI: Miami, Arrested Development, Rescue Me, Ed, and American Family, among others.

“Stephanie Krikorian is a tireless collaborator who showed great enthusiasm for my book. Not only was she able to gently draw out through interviews often uncomfortable stories from my past, but she had a real ability to identify which details of my life and journey were most important and would be most impactful in the book. She worked masterfully to organize them on the page and was a pleasure to work with. She treated my words, and my experiences with great care and for that I’m grateful. Now, I consider Stephanie a friend. I am constantly thinking of new writing projects for us to tackle together because I so enjoyed working with her.”—Patricia Velasquez

“…proof of the collective clout and power of strong women…Patricia, can change the world.”
―Katie Ford, Freedom for All Founder; and Ford Models, Former CEO and Chairwoman

“…moving and empowering, and proof that we can come from nowhere, with nothing but love in our hearts and a good head on our shoulders, and do something to make the world a better place.”
―Russell Simmons, Philanthropist, Music Mogul, Business Leader

“…the courage to open up and talk can free your soul…that is what Patricia has done in this wonderful story of her journey.”
― Mariel Hemingway, Actress and Author

“Patricia is one of the most impressive, determined people that I’ve ever met…she has positively impacted and inspired the lives of so many, myself included.”
― Narciso Rodriguez, Fashion Designer

Patricia Velasquez, The Mummy Star and Supermodel, Comes Out as Gay in Memoir Inspired by Her Daughter
E!News