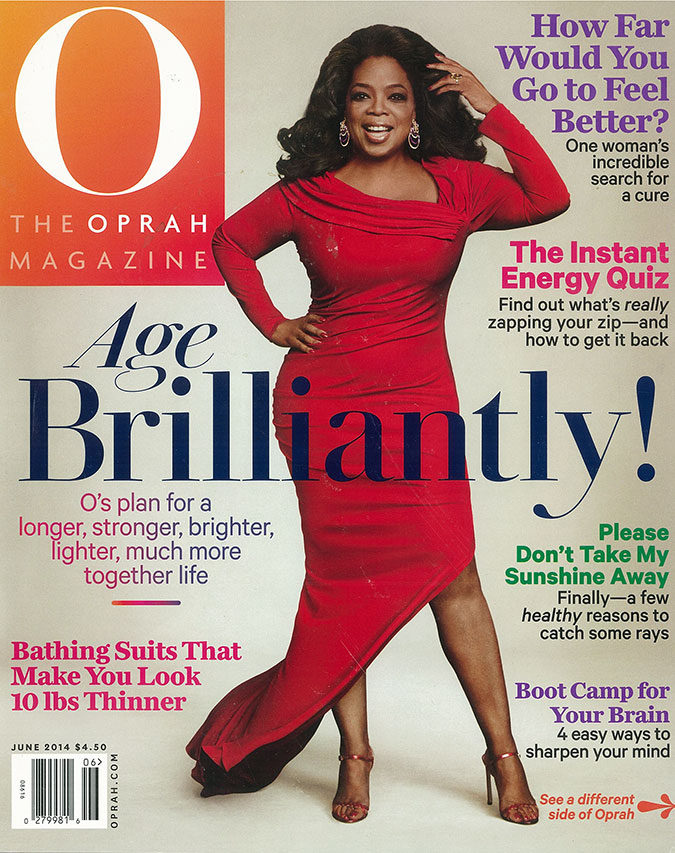 How an Apple Cake Saved This Woman’s Home
O, the Oprah Magazine
by Stephanie Krikorian

In 2009, Angela Logan, a model and actress who had appeared on Law and Order: SVU, was in a bind. Her talent agency had closed without paying her money she was owed, botched construction on her house had buried her in bills and she was about to lose her home to foreclosure. A single mother of three sons, Logan picked up shifts at a local hair salon. But she needed an immediate windfall. One day, gazing down at an apple cake she’d just whipped up for her boys—a friend’s recipe she’d perfected with whole wheat flour, aromatic spices and more cream cheese in the frosting—she thought ,”What if I sold these?” Her sons loved the cakes, and friends had raved about them at parties. If she could sell 100 cakes for $40 each in ten days, she could secure a loan modification and save her house.

Logan got to work slicing, peeling and spreading the word. Within a few days, she’d sold 42; two weeks later, after the media (including Today and CNN) got wind of her story, her total was 900—for $36,000, more than enough for the down payment on her loan.

Logan’s Mortgage Apple Cakes is now a thriving business. Instead of planning for retirement, Logan is baking day and night in a rented commercial kitchen. Eventually, she hopes to use her profits to save the home of one stranger per month. In the meantime, she’s added an apple rum upside-down cake and a vegan version of her signature confection to her repertoire. “Apples saved my home,” she says, “so apples are what I work with.”

Her advice on starting a business: “At 4 A.M., when you’re so tired that your head almost hits the table, it’s essential to be doing something you really love.”

The best thing about being her age: “When I was younger, I might have been too embarrassed to swallow my pride and ask people I know to buy my products. But I taught my children to never be ashamed of hard, honest work. Now I can take my own advice.”